Company grows in confidence and opens new European distributorships thanks to the Camp Systems. 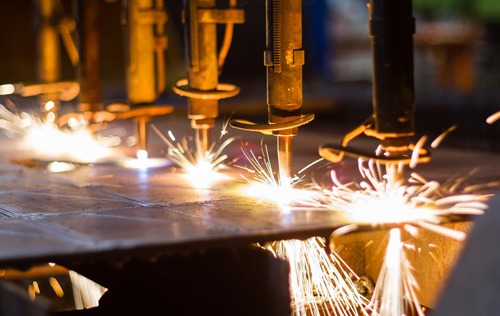 For manufactured parts sales representative John Ballew, negotiation isn’t just part of business – it is his business.  As an independent sales rep, Ballew brokers deals between product manufacturers and parts manufacturers, getting paid based solely on the commission he generates.   During his 25-year career, Ballew has had many successes but has been held back by one self-admitted weakness: prospecting.

“I would walk in and overwhelm them with information and talk about what I could do for them without getting a firm ‘yes’ or ‘no’ regarding future business. The prospecting process was costing me a lot of wasted time and energy.”

But in late 2011, Ballew discovered something that would change his entire sales strategy: the book Start With No by global negotiation expert and coach Jim Camp, founder of the Camp Negotiation Institute.

“I read the book and what I learned really resonated,” says Ballew.

“I had always gone into negotiations with a compromise mindset thinking I had to give a reduction in price, but now I no longer play those games.”

Over the next three months, Ballew enrolled in the Camp Negotiation institute.  He went to work in the mastery courses and gained one-on-one coaching.  Soon, the results began to add up. In one instance, a customer asked Ballew to quote 100 pieces of a machined part; Ballew offered a price of $180,000.  The customer responded that they had a competing bid for $65,000 less and insisted Ballew lower his price.  Though the parts manufacturer wanted Ballew to take the lower bid, Ballew stood his ground.  Using the Camp System, Ballew help the customer discover how much risk he would could endure when faced with the fact the competing low bid vendor had no experience making a part this complicated and questioned them about their contingency plan should that vendor fail to meet their commitments. “Then, I explained to them the choice was theirs to make and said they should let us know if we should proceed or not,” says Ballew.

That same afternoon, Ballew received the purchase order for the full amount.

Just a few weeks later, Ballew was entering a deal with a new supplier.  The supplier had quoted Ballew a price for cable manufacturing, which had been accepted by Ballew’s customer.  Now, Ballew was owed $20,000 in commission.   However, once Ballew tried to collect the new supplier backtracked, saying they had forgotten to calculate Ballew’s commission when quoting the price and insisting on a significant reduction in commission.  Instead of caving in or responding emotionally, Ballew applied the Camp Negotiation System principles.  He build his Camp Checklist , called a meeting with the company, executed the checklist – and walked away with his full $20,000 commission.

The Camp System has paid off in Ballew’s prospecting efforts as well.  “Now when I walk into an initial meeting I know where my focus must be because I have my checklist,” he says.  “The questions I ask aren’t just to sell them on me, but to determine whether taking them on as a customer makes sense for my business.”  As a result, he’s seen an increase in sales conversions from his prospecting efforts.  In addition, he’s not wasting time and energy pursuing prospects that aren’t a good fit.

While the financial benefits of the Camp System and Institute have run into the thousands of dollars, Ballew says the biggest benefits are the intangible ones.

“I’ve seen a huge increase in my own confidence. While others have told me I was a great salesman, I never really believed it. Now with the Camp System I have the confidence in my ability I need to make big things happen. The sky is the limit.”

And thanks to the Camp System, Ballew truly is thinking big.  Not only is he anticipating a substantial uptick in his income, he’s also launching a new overseas distributing business.  “Just three months ago, I would never have had the confidence to launch this business,” he says.  “My new venture is entirely a product of the confidence I’ve gained through my study with the Camp Negotiation Institute.”